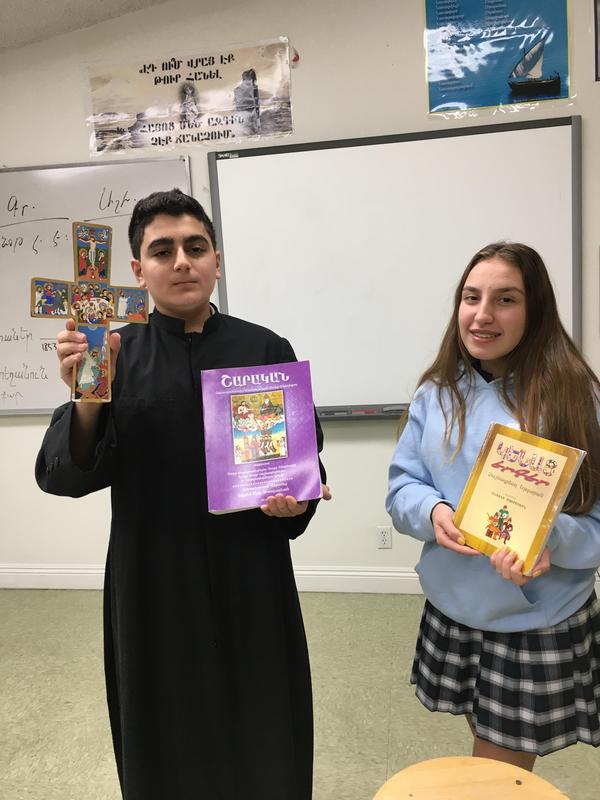 On Tuesday, November 12, during the 9th grade honor Armenian class, students had a heated debate. It was improvised.
Students assumed to be in Constantinople of 1850's, and two Armenian intellectuals debated on which Armenian language should be the literary language of modern times - the "Grabar" Armenian of the Bible, the priests and classic authors, or the "Ashkharabar" Armenian of the common people?
Daron Yacoubian, holding a hymnal, fervently defended the language of our ancestors, the rich and illustrated language of our prayers and manuscripts. In contrast, the Modern Armenian was defended by Inesa Hakhnazaryan, holding a folk song book. She argued; "Who would sing all the love songs, recite lyrical poems, and read adventure novels if nobody could understand them."