AGBU MHS Participates in the Junior State of America (JSA) 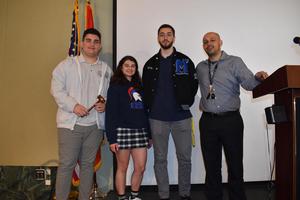 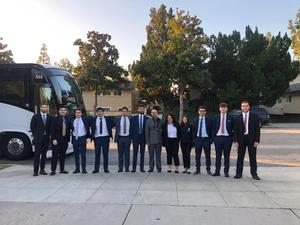 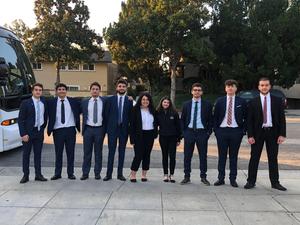 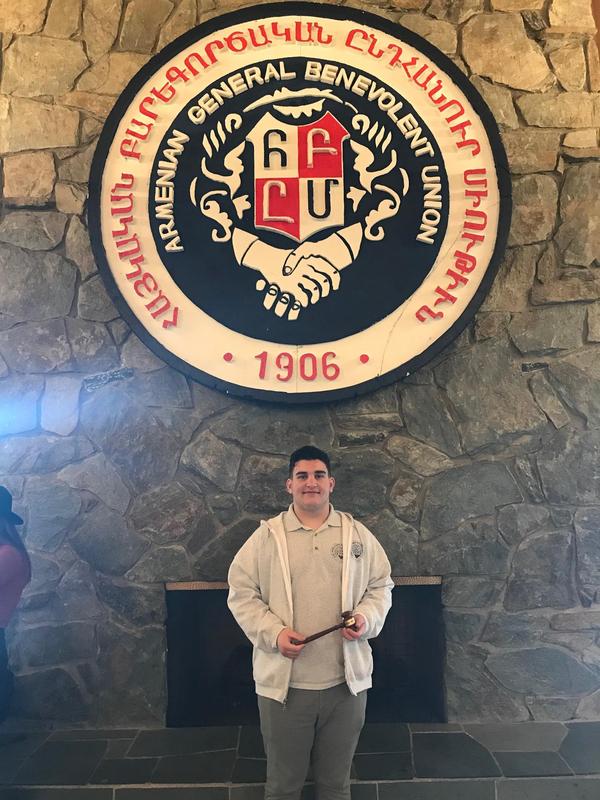 For the second JSA conference of the year, our students at AGBU Vatche & Tamar Manoukian High School attended the 2020 Winter Congress convention on Saturday and Sunday, February 15-16, 2020 at the LAX Sheraton Gateway in Los Angeles, CA.

JSA conventions provide students the opportunity to network with, and debate, their peers from other schools across Southern California. We had 11 students in attendance at this convention.

The theme of this convention was a mock simulation of Congress where children write and debate bills.  500 students from schools across southern California debated a variety of controversial topics in American society. Topics of debate included gender issues, hunting, and even social security.

There were a few stellar AGBU students who took leadership roles and should be recognized for their contributions. Special recognition goes to the Sophomore, Alexander Badoyan, who represented our school well by winning a “best speaker” award during  his debate in the Senate that required transgender athletes to compete in their original birth sex. Michael Gureghian, Sophomore, is Director of Technology for JSA and did an outstanding job not only creating the JSA app but also debating in the Senate as well.  Our Junior class leaders, Natalie Benneian and Susie Torosian did an excellent job by being one of the only few students who wrote a bill that passed in both the House of Representatives, and Senate. These students brought honor and awards to A.G.B.U. and showed that we can compete, and win, against the top schools in southern California.

We encourage serious students who are interested in politics, debates, or public speaking to sign up for JSA.  This program is a great way for students to gain confidence, break out of their “shells”, and experience public speaking in collaborative manner with diverse schools from across southern California.

We look forward to the upcoming Spring convention in 2020.

JSA is the largest student run political and civically minded organization in the United States with chapters across the country and two national headquarters, Burlingame, CA and Washington D.C. The organization focuses on political debate, public speaking, and organizational leadership.