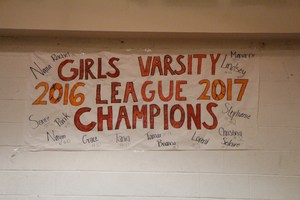 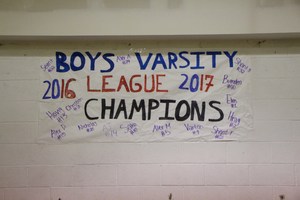 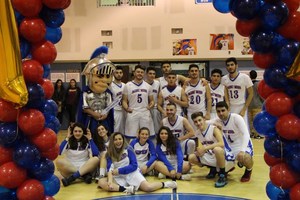 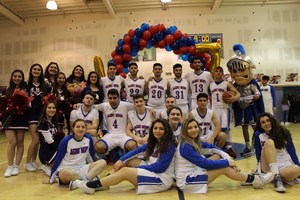 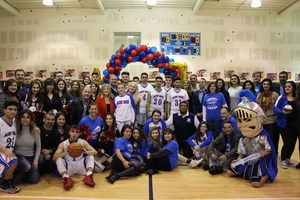 On Friday, 10 February 2017, the AGBU MHS student body, along with family and friends, showed up to support the seniors on their last basketball game of the season. First to play was the boy’s junior varsity team against our rivals, AGBU MDS; fortunately, we were victorious. The crowd wasn't as big as the game against Pilibos, but it was well-entertained.
The consequent game pinned the girls’ varsity team against AGBU MDS. It was also an exciting game, since the players from both teams were highly skilled. Fortunately, the game ended with another victory for us.

Finally, the game of the day pitted the boys’ varsity team against AGBU MDS. Everyone was invested in the game, and though we unfortunately did not earn the victory, it was memorable.

Senior Night began right after the games ended. It was a very emotional night filled with tears. The seniors bade farewell to the family they have been a part of for years. Tamar Donoyan, a junior varsity player, said, “It was very emotional to see all the seniors leave. I was very sad seeing all my senior friends leave.” The seniors were called up one by one and given a small ball, which was signed by their family and friends. The family members, along with the crowd, were very sympathetic. The team members were especially upset due to the fact that their teammates are no longer going to be there in the following years. They have become a family and it is very difficult seeing that they will no longer be with one another.

Overall, despite the sadness over the impending loss of our seniors, it was a joyous night for the AGBU MHS stakeholders as we envision a great future for them.
For a complete list of pictures, please check the Photo Album.

Or check the same album on the school's Facebook page.