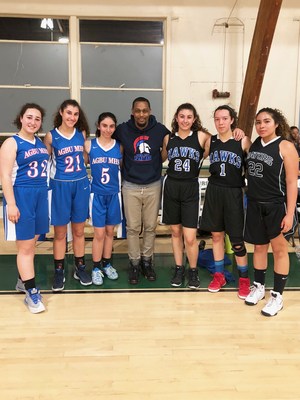 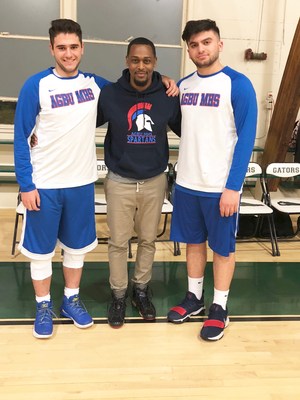 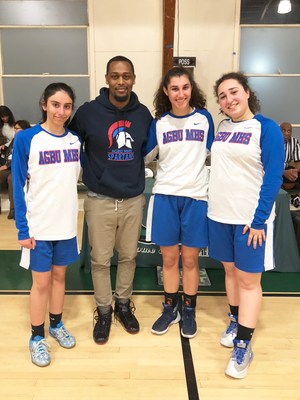 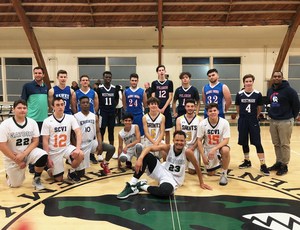 Our Spartan boys and girls wrapped up another successful season with the annual Omega League All-Star game this past Saturday.
Each team was composed of the best players throughout the league, making for very competitive games. AGBU was represented very well by Solaire Bilanjian, Loreni Yepremian, Christina Chiranian, Shant Bilanjian, and Alex Avanesyan. Our own Coach Steve Hodge headed both girls and boys teams representing the East.
Both games were highly entertaining and each of our players represented AGBU well. Making the evening even more special was the phenomenal performances from Shant Bilanjian who finished with 30 points and Alex Avanesyan who finished with a game high 45. Both proved to be unstoppable.