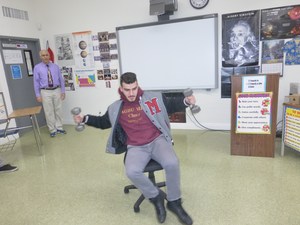 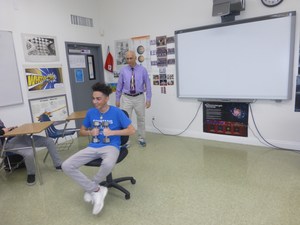 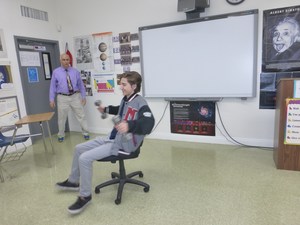 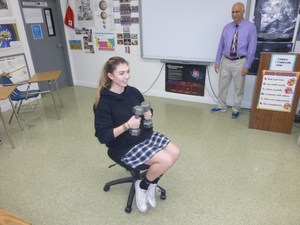 Angular momentum is conserved when no net external torque acts on an object.

An interesting example of angular momentum conservation is the following experiment.

The student sits on a low-friction turn-chair with weights extended. Because of the extended weights his/her overall rotational inertia is relatively large in this position.

What is the result? His/her rotational speed increases!

This is best appreciated by the turning person who feels changes in rotational speed that seem to be mysterious. But it's straight physics!